Making space for gathering in a small housing estate

Everyone loves having a garden here, they love having their cars too.  And London is close by, as are the shops.  But there isn’t a place for the community to come together.

How can you turn these ubiquitous seas of tarmac into something worth sharing?  We started with, we thought, a simple brief – can we design and build a ‘guest house and community room’ for this small estate.  Somewhere for a relative to stay for a couple of nights, and a larger space where birthday parties could be held.

After walking the site we proposed something a little different.  Don’t add a building, instead change the character of the open areas entirely.  Looking a precedents like HomeZones and streets from our travels – Utrecht, Berlin, Amsterdam, Barcelona – we suggested that each open area could have its own character and focus: a piece of play equipment, some communal growing beds, a grove of trees, the guest house.

This became a pure example of transforming underused space into a communal asset – the open areas between gardens becomes a picnic blanket, with a little delicacy in each corner.  Somewhere everyone on the street can feel a sense of collective ownership beyond the home.

For the communal guest house, we suggested that the building itself could also be part of this landscape of play and growing.  The home is tucked underneath a rising terrace of growing beds, all leading up to a lantern that brings daylight into the heart of the home, but also signals when the home is occupied to the rest of the neighbourhood. 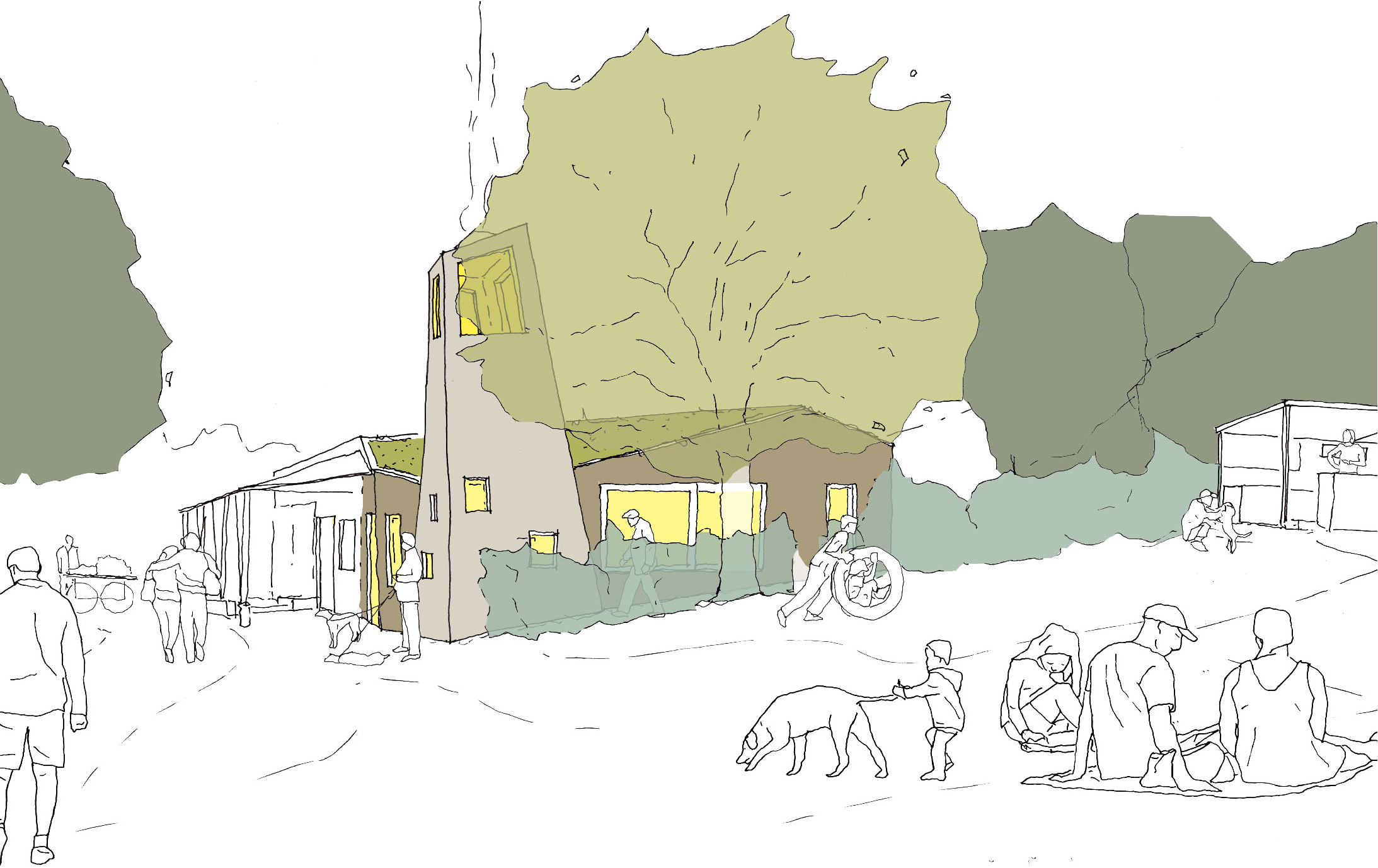 Making space for the voices of the community Lost and Found – construction as education